Shown is a comparison of the capacity of drNPHP1-SH3 and drFyn-SH3 phage display libraries of matching size, complexity, and titer to generate specific binders against a target protein.

An analogous strategy for RT-and n-src loop randomization was applied for both SH3 domains, which in the case of Fyn was identical to that reported earlier for Fynomers by others (J Biol Chem 282, 3196–3204, 2007). After four rounds of affinity panning 96 individual clones were randomly picked, and their binding to the target antigen was examined by phage-ELISA.

Clones giving a phage-ELISA readout ≥ 1 (A450 nm; indicated by a red line and arrow) can be considered promising, as such a binding intensity in this assay indicates a nanomolar affinity. A high frequency of such binders after only four rounds of affinity panning correlates with the diversity of the response, i.e. the number of unique clones against the target. 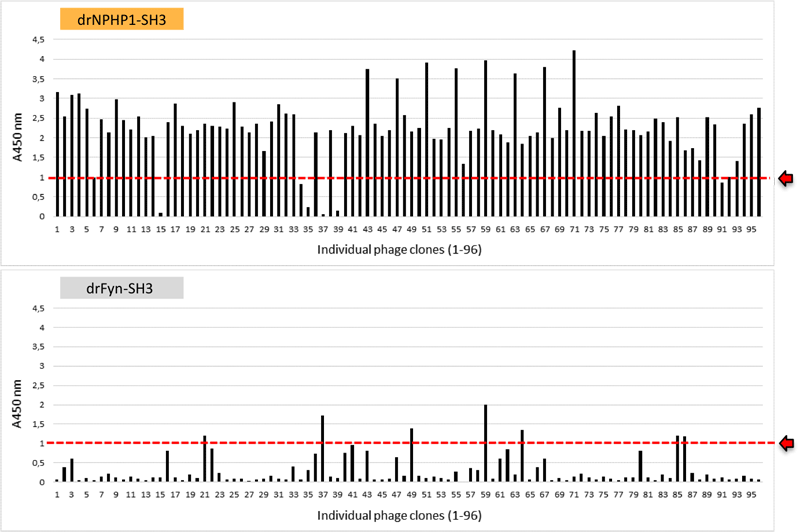